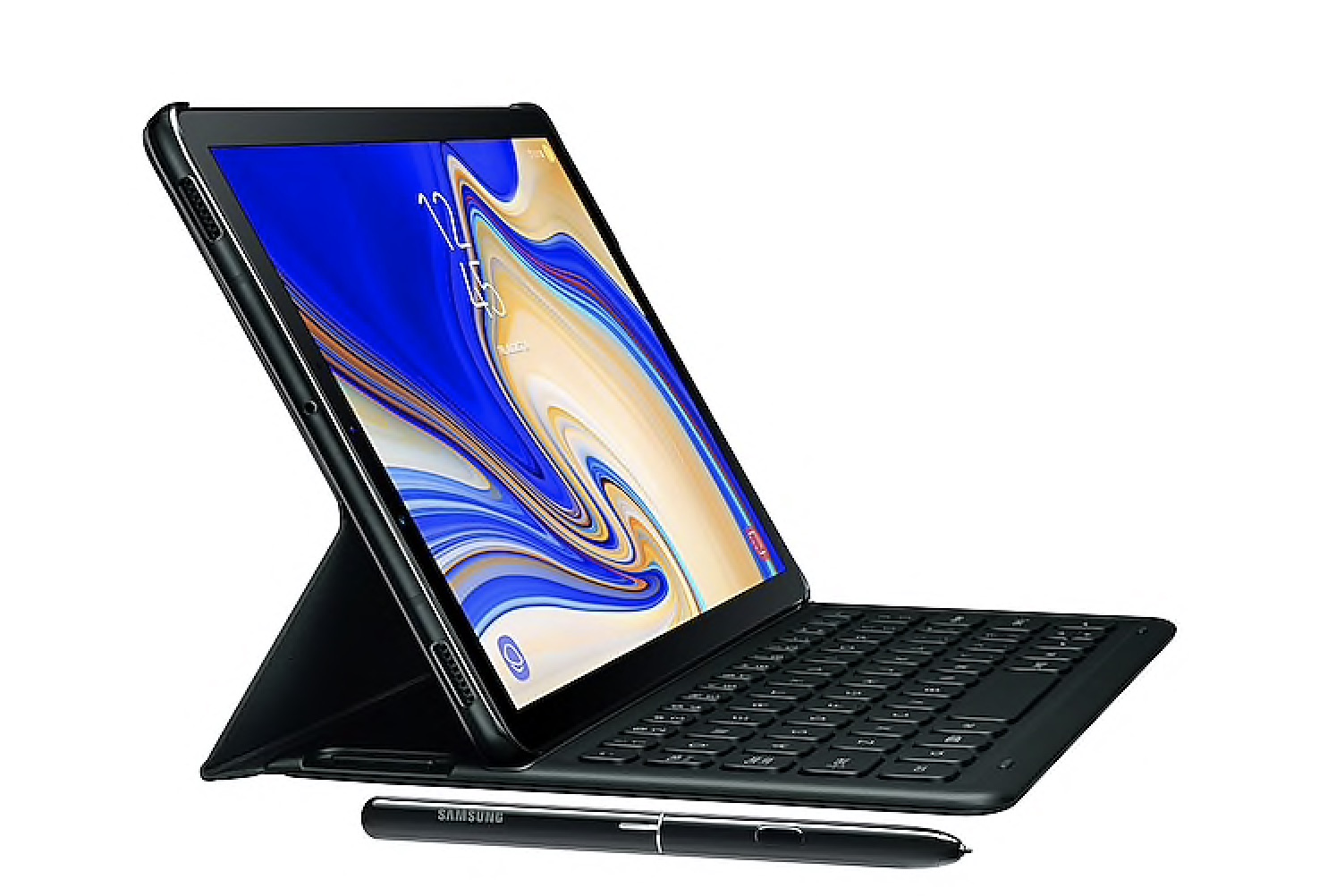 If you want to stick to the Android platform when you pick your next tablet, then one of the best options is surely the Samsung Galaxy Tab S4. This is a very powerful tablet that weighs just around 482g. It’s really easy to use, a pleasure to customize and you will be quite amazed with how fast it runs and how reliable it can actually be.

The product, Samsung Galaxy Tab S4, is quite a bit large when compared to predecessors, it has a 10.5” display and the resolution for it would be 1600×2560. It’s certainly one of those things that might seem strange on paper, but once you see it you will notice that the resolution is adaptable and all content looks great.

Included here you have Android 8.1 Oreo as well as a very powerful Snapdragon 835. They also went with an Adreno 540 GPU, a popular choice for the modern Android tablets focused on power and efficiency.

When it comes to cameras, they have a 13 MP camera on the back and an 8 MP selfie camera. It’s not a major dealbreaker, but some people will want a bit more especially from the selfie camera.

They added 4 speakers to this unit too, which makes it very loud and powerful. The interesting thing is that you do have 2 storage options, either 64 or 256. It’s quite the difference, however, it’s clear that they go either for the lower end spectrum or, the higher end tier, depending on the user and what they need.

Connectivity-wise you have everything from USB Type C, GPS, Bluetooth, and Wi-Fi. They also added support for the Samsung Dex and ANT+, some very important technologies that a lot of devices are missing right now.

The overall battery life will fluctuate based on what you use the tablet for, but they do have a non-removable 7300 mAh battery which helps power your device for a lot of time, thus bringing you plenty of value for the money.

Read also: Nokia company, a closer look at this Giant!

The fact that you can have a desktop-like interface via Dex is well worth it here. In addition, it’s a tablet focused on productivity; you can hook it up to a keyboard if you want to.

The touchscreen works great for the most part, however if you go into Dex mode there might be some unresponsiveness. The keyboard design is also not very intuitive, it will take a little while to get used to how everything is added in there, and that’s impressive.

As a whole, the Samsung Galaxy Tab S4 works great and it looks nice too. The fact that you have an S-Pen stylus is very handy especially if you’re a designer or you want more productivity.

However, the price is a bit high for what you receive here, and the fact that the keyboard design needs more work and Dex touchscreen detection can be a bit off at times drag it a bit down. Still, it’s more than amazing for what you get and if you need a powerful tablet you should totally consider giving this one a shot!

iPad Pro, do you need to buy it?