In the world of technology, the talk is all about Artificial Intelligence (AI) and its impact on our future and how it might shape our lives. The thing is: it is already doing so.

AI is affecting the key decisions we are making in our day-to-day lives, how our lifestyles are adapting and the way we behave socially. In fact, the number one device that every person seems to own these days is packed full of artificial intelligence.

If you are reading this article now – there is a very good chance you are perusing on your smartphone or tablet. More than just a device for making calls, a smartphone can browse the web, take photographs and act dynamically with a number of apps to give it even more intelligence than it can be credited for.

A smartphone interacts with AI on such a scale that it has probably performed an intelligent task as you are updating your Twitter feed, uploading an Instagram photo or enhancing an image in your gallery for forwarding to a friend.

The Google Pixel 2 has a camera so intelligent, it can take a portrait shot and make it look like it has been professionally developed. All this is done using a single lens; thanks to AI, of course.

The smartphone can download apps and stream broadcasted content on a screen in the same way you watch television. And yes, AI is right behind that technology too. It can also stream music from your Spotify, Deezer, YouTube or Google Play app and guess which artists you might like. AI scans the playlists and most-played tracks and intelligently calculates the kind of genre you are into.

It was only three years ago when Tesla was showing off its Smart Car at some exhibition in the United States, that prompted people everywhere to say, “You would never – in a million years – get me to go inside one of those cars”.

Many still say it today. But the Smart Car is getting a lot smarter, thanks to modern technological advances, and of course AI.

Tesla has even developed simple upgrades that ensure each car’s safety by making sure every Tesla smart car gets the change.

Look on the Amazon website and you will see it has radically increased its stock of drones. No longer solely used in the commercial field, drones are becoming part of every gadget geek’s dream birthday gift.

The way you see your feeds on Facebook, LinkedIn, Twitter, Instagram or Snapchat and everything else you do on social media is governed by your past behaviour. AI looks at your web searches, targets adverts that are tailored just for you, puts your best friends at the top of the news feeds and makes the entire social media experience personal.

There are several apps out there which stream music. Most are free with a subscription to play no ads and only songs you want. Free registrations involve hearing similar titles and songs to the ones listened to in the past.

It is AI which knows the type of music we are likely to enjoy and recommends songs to go into your playlist, based on past behaviour.

What is AI, artificial intelligence? 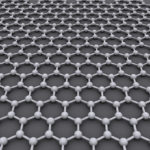